All officials may be advised to take care of their own health and look out for respiratory symptoms/fever and, if feeling unwell, should leave the workplace immediatly after informing their reporting officers. They should observe home-quarantine as per the guidelines issued by MoH&FW, Government of India available at the following link.
Download official order
** Maintaining Skeletal Postal Services to restrict spread of COVID-19 View/Download
** Setting up of control room for ensuring essential services in Postal Department in the light of preventive measures taken by Central/State Govt and local administration to contain spread of COVID-19. View/Download

Open the door for Safety and Security

We are in the threshold of entering a new decade Twenty Twenties (2020s). This is the time to celebrate. At the same time we need to introspect what all we did in the last decade and what all are left to be done.

To me, the decade of 2010s in the Department of Posts will be remembered for IT induction in our operations. Ten (10) years back we were struggling to make LAN based software viz. Sanchay Post, Meghdoot etc. and internet based software like Speednet etc. functional in our Post Offices, Mail Offices, Account Offices. Today we have moved to a higher platform of computerization, where all the departmental offices (except few TNF locations) and all the Branch Post Offices in account with them have been brought under Central Server. This has helped us in giving the users of our services a better Customers’ Satisfaction. The Core Banking Solution (CBS), the Core Insurance Solution, the Core System Integrator (CSI), SIM based RICT devices in the Branch Post Offices, APP based solutions in IPPB and in mail delivery have changed the operations of the Department drastically. I don’t know of any other organization in the world where such a massive transformation took place in such a short spell of time. This wonder has been made possible by our 4,50,000 employees, through training and re-training them. I salute our employees who were instrumental in such a silent revolution.

As a pilot, this add-on delivery facility was launched in Kolkata today and is expected to help the growing population of professionals who often miss at receiving parcels when Postman visits them and have no one at home to receive the consignments. Postman will now drop the parcels in the Digital Locker Kiosks, placed just outside the Post Office building and accessible 24x7.

The addressee will be informed through a system-generated SMS with an One-time Password (OTP) for collecting the consignment. There will be no human involvement in the receipt. The addressee can access the Kiosk anytime in the day or night and open the Locker with the help of the OTP.

To begin with, the facility is available in two Post Offices of the City - Nabadiganta IT Post Office and in New Town Action Area-1 Post Office. These are the two neighbourhoods where most of the new generation companies are concentrated and where thousands of professionals from other cities live and work. A substantial number of e-Commerce parcels are also addressed to these areas.

‘Postage Stamp’ of flower is provided inside a jacket attached to the card to mark the essence of the Spring and for joyfully welcoming of Spring, the season of hope with colours and fragrance of flowers

Happy “Basanta Utsav” to all!


Prof. Sukumar Sen (1900-1992) is one of that generation of academicians who was known all over the country for their dedication in work and contribution to the subject ... Prof. Sen of University of Calcutta was one of the most eminent historical linguists of the 20th Century and a literary historiographer. His pioneering works included: Use of Cases in Vedic Prose (1928), An Outline of Syntax of Middle Indo-Aryan (1950), A Comparative Grammar of Middle Indo-Aryan (1951), Historical Syntax of Middle Indo-Aryan and so on. Prof. Sukumar Sen was awarded ‘Padma Bhushan’ in 1990.

Gautam Bhattacharya, Chief PMG, West Bengal Postal Circle, released a Commemorative Philatelic Special Cover today on the occasion of 120 years of Birth Anniversary of the linguist, at a programme organised by the University of Calcutta, Dept. of Linguistics. Eminent writer-linguist- literary critic, Prof. Pabitra Sarkar was the Chief Guest on the occasion. Dr. Asis Kr. Chattopadhyay, the Pro VC (Academics) welcomed the delegates, teachers, researchers and students on the occasion.

In recognition of organizing this stupendous task every year by the Booksellers & Publishers Guild, India Post commemorated the event by bringing out a Special Cover in the auditorium at the venue of the 44th International Kolkata Book Fair, today, on 3rd February, 2020. Large number of Book-lovers attended the programme. Shri Sudhansu Sekhar Dey, the Hony. General Secretary, Publishers and Booksellers Guild was the Chief Guest on the occasion. The fair, which commenced on January 28th, will continue till February 9, 2020.


The Department of Posts, West Bengal Circle organised the 1st Kolkata Letter Fest on 21st January, 2020. The theme of this Fest was “Let’s Write Again” and as part of the on-going Dhai Akhar National Letter Writing Competition, Members of Public were invited to write a letter to the “Father of the Nation”, Mahatma Gandhi starting with the salutation “Dear Bapu You are Immortal…”.

The Kolkata Letter Fest was inaugurated by Shri Gautam Bhattacharya, Chief Postmaster General, West Bengal Circle who emphasised to the gathered participants the importance of letter writing and writing in general. He said that the art of writing enhances our creativity and makes us innovative. During the Letter Fest approximately 60 children below the age of 18 participated and 61 Members of Public participated in the above 18 category. ​A Comedy Show, and a Cultural Programme were also held to mark the occasion. 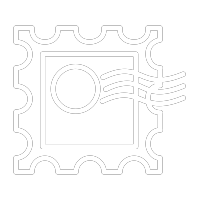 Expression of Interest(EOI) for utilising e-scooter for delivery of Postal article.
Change of Delivery Jurisdiction of Post Offices

This website belongs to the Department of Posts, Ministry of Communications, Government of India.
Last updated on Saturday 28th March 2020.